"A Hazy Shade of Twilight" in proofing stage

Pikkeljig Press is proud to announce that its forthcoming fiction title, Dan Djurdjevic's science fiction novella "A Hazy Shade of Twilight" is now in the final proofing stage prior to release early next month.  The work has already proven a runaway online success, posting record readership in its serialised "real time writing" format (typical of the author!)

The blurb is as follows:


When Edin arrives at a base on Titan, Saturn's largest moon, he finds that very little is as it first appears.  His colleagues treat him with a detachment that is inconsistent with their extreme isolation.  Meanwhile, relations between the other crew members are rapidly revealed to be as dense, complex and toxic as the moon's atmosphere - and as overbearing as their cramped confines.  With the distant sun setting for more than a fortnight of frigid darkness, Edin reaches out to the brittle Leila for warmth and companionship.  What follows is nothing like what he might have expected.
A Hazy Shade of Twilight is the lead novella in a series of interconnected tales that explore themes of betrayal, guilt, breakdown and forgiveness against the backdrop of a shifting twilight dreamscape. 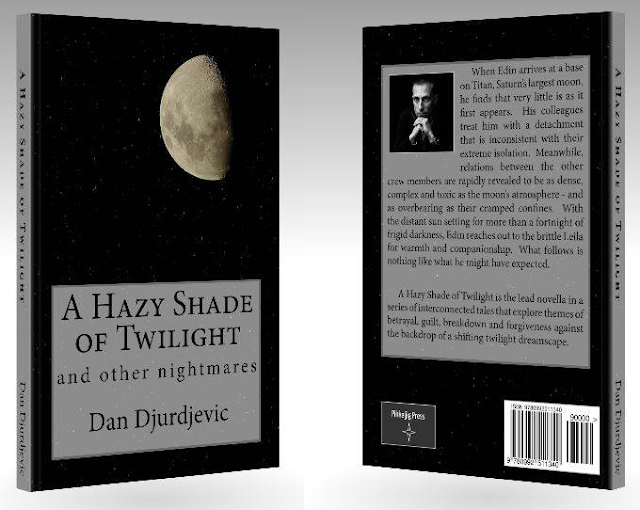 Look out for the release of this thought-provoking psychological thriller!
at 1:26 AM

Pikkeljig Press is always proud to see one of its titles being read out there.  Here's an excellent example of the snapshots we receive! 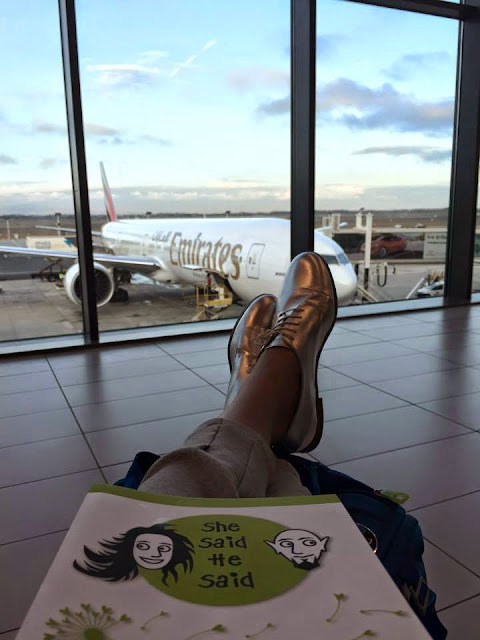