Mirror Image of Sound now out in Kindle! 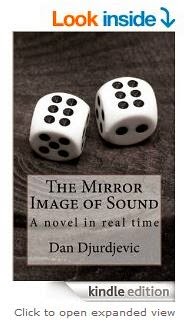 The Mirror Image of Sound sales continue to climb.  And now the Kindle version is out!

If you're a Kindle reader, don't miss out!  You can order it here.  Remember that if you've bought a printed version, you can get the Kindle version for only an extra $2.99!

Also you'll find the novel on Amazon generally now that the data has propagated through Amazon's system.  Check it out here (although I'd encourage you to buy it via this website's link since you'll be giving more of the royalty to the author and less to Amazon!).

Mirror Image of Sound out now! 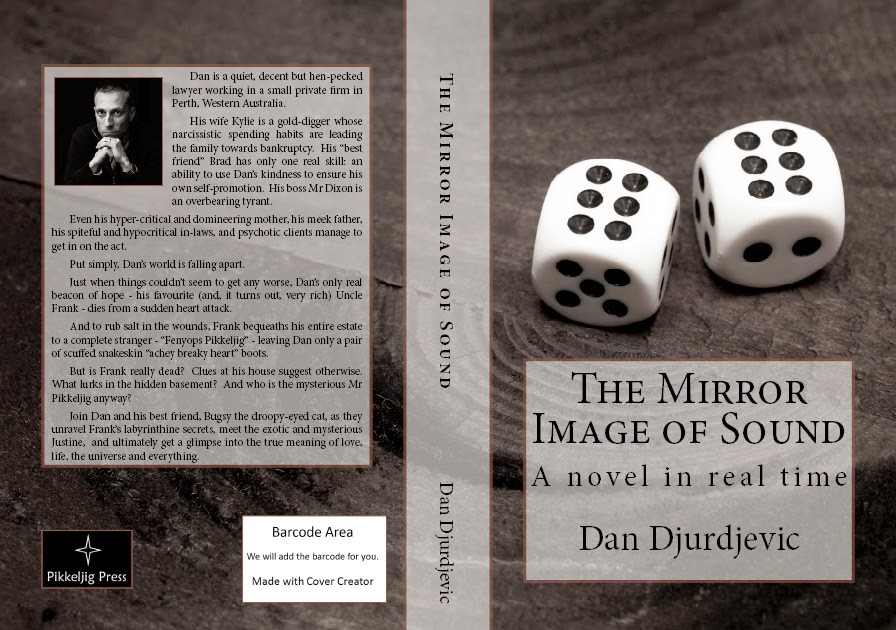 The first title under the Pikkeljig Press is now available for purchase here!

The Mirror Image of Sound is part satire, part mystery, part love story, part sci-fi, part tale of redemption that was initially published as an online novel (in real time!) and garnered a readership that went from zero to almost 18,000 in three months.  Now, after a two month hiatus, the novel is finally ready in its print form.

The synopsis from the novel's website is as follows:


"Dan is a quiet, decent but hen-pecked lawyer working in a small private firm in Perth, Western Australia.

His wife Kylie is a gold-digger whose narcissistic spending habits are leading the family towards bankruptcy.  His "best friend" Brad has only one real skill: an ability to use Dan's kindness to ensure his own self-promotion.  His boss Mr Dixon is an overbearing tyrant.

Even his hyper-critical and domineering mother, his meek father, his spiteful and hypocritical in-laws, and psychotic clients manage to get in on the act.

Just when things couldn't seem to get any worse, Dan's only real beacon of hope - his favourite (and, it turns out, very rich) Uncle Frank - dies from a sudden heart attack.

And to rub salt in the wounds, Frank bequeaths his entire estate to a complete stranger - "Fenyops Pikkeljig" - leaving Dan only a pair of scuffed snakeskin "achey breaky heart" boots.
But is Frank really dead?  Clues at his house suggest otherwise.   What lurks in the hidden basement?  And who is the mysterious Mr Pikkeljig anyway?

Join Dan and his best friend, Bugsy the droopy-eyed cat, as they unravel Frank's labyrinthine secrets, meet the exotic and mysterious Justine,  and ultimately get a glimpse into the true meaning of love, life, the universe and everything."

Join in the fun - and buy what many have already described as "the best book they've read this year"!
at 9:05 PM